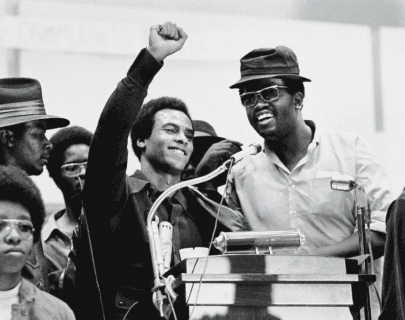 A documentary telling the rise and fall of the Black Panther Party, one of the 20th century’s most controversial organisations that captivated the world’s attention for nearly 50 years.

This is the first feature-length documentary to showcase the Black Panther Party, its significance to the broader American culture, its cultural and political awakening for black people, and the painful lessons wrought when a movement derails.

“Stanley Nelson’s riveting documentary about the heyday of the black power movement in the US is a tragicomedy of fear and hope.” The Guardian

“Straight history is not the whole point here, as Nelson enthusiastically conjures a sense of what it felt like to be a Panther and to be a young black person inspired by them.” The Hollywood Reporter

Get more out of your visit …

After the screening, why not stay and join in on a Q&A with John Narayan from PAIS, the Politics Department at Warwick.