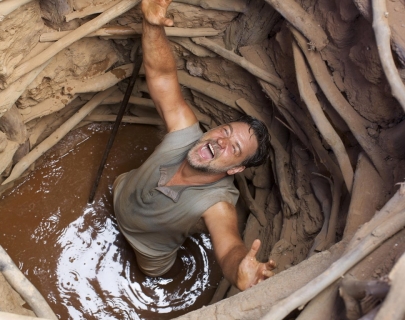 Actor Russell Crowe makes his directorial debut with an epic and inspiring tale of one man’s life-changing journey of discovery.

Crowe plays Australian farmer Joshua Connor, who, in 1919, goes in search of his missing sons, lost after fighting the Turks in the bloody Battle of Gallipoli. Arriving in Istanbul, he encounters others who have suffered their own losses, including a beautiful but guarded hotelier Ayshe (Quantum Of Solace’s Kurylenko) and her son, and Major Hasan (Erdoğan), a Turkish officer who fought against Connor’s boys and who may be his only hope at finding the truth.

“A handsome crowdpleaser with a big heart.” The Guardian