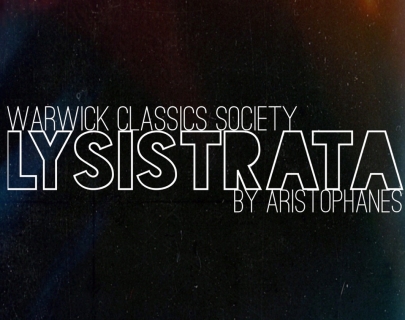 In a war-torn Athens, Lysistrata has become fed up with the fighting and so has devised a plan. The women are unwillingly convinced to go along with Lysistrata’s scheme and withhold what their warring husbands desire the most – sex. As the men become increasingly frustrated with their neglected needs, they flock to Athens for a war of the sexes. Lysistrata struggles to make the women stick to the plan, and has great difficulty convincing the men to give up their fighting.

Will the people of Greece finally give in to peace and desire, or will the war continue on?

Other schools workshops and performance available. Please call our dedicated schools booking contacts, Helen and Amanda, in the Box Office on 024 7615 0930.