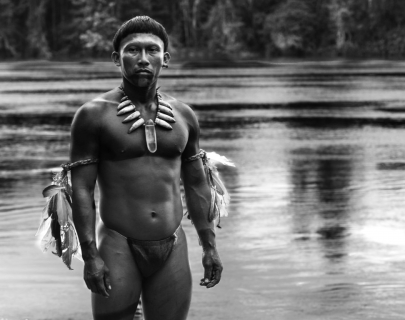 Embrace of the Serpent presents a breathtaking journey through the Colombian Amazon following the interwoven stories of two European explorers; one in the early 1900s, the other 40 years later, who were searching for a sacred healing plant. Told through the eyes of Karamakate, an Amazonian shaman and the last surviving member of his tribe, the film captures the devastating effect of colonialism on the Amazon’s indigenous people, with a tone that recalls Apocalypse Now

Followed by a Q&A with Stephen Hugh-Jones, Professor of Social Anthropology, University of Cambridge.

“Dreamlike exploration of the Amazon’s imperialist pollution” ★★★★★ The Guardian