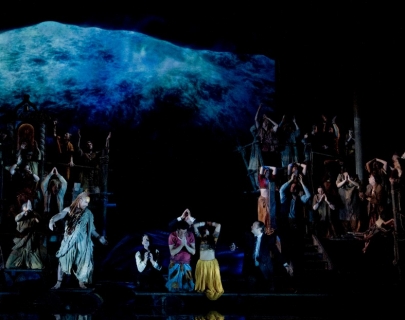 For the first time since Enrico Caruso starred in the opera in 1916, the Met will present Bizet’s lush, melodic romance Les Pêcheurs de Perles (The Pearl Fishers), in a production by director Penny Woolcock, who made her Met debut staging John Adams’s Doctor Atomic. Gianandrea Noseda conducts a cast led by Diana Damrau as the beautiful priestess Leïla. Matthew Polenzani and Mariusz Kwiecien sing the roles of Nadir and Zurga, the two pearl fishers whose friendship is tested by their rivalry for Leïla’s affections; their “Au fond du temple saint” is one of the best-known duets in opera. Nicolas Testè sings the high priest Nourabad in the new production, which will have its premiere on New Year’s Eve.