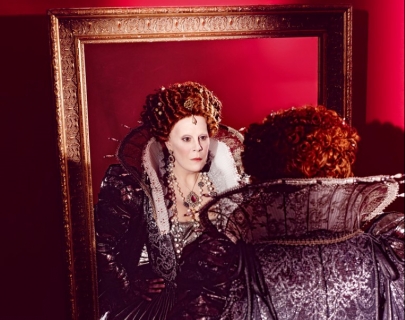 The final opera in Donizetti’s “Tudor trilogy” focuses on the older Queen Elizabeth I, who is forced to sign the death warrant of the nobleman she loves. Sir David McVicar, who directed the Met premieres of Anna Bolena and Maria Stuarda, returns to stage the final installment in the series. Acclaimed bel canto soprano Sondra Radvanovsky will sing Elizabeth I in Roberto Devereux as well as the title roles in Anna Bolena and Maria Stuarda over the course of the season, a famous feat performed by Beverly Sills at New York City Opera in the 1970s and not repeated in New York since. Roberto Devereux also stars Matthew Polenzani as the title character; Elīna Garanča as Sara, the Duchess of Nottingham and the queen’s secret rival; and Mariusz Kwiecien as the Duke of Nottingham. Maurizio Benini conducts the first-ever Met performances of this work.

First performed two years after Maria Stuarda and Lucia di Lammermoor, Roberto Devereux shows Donizetti at the height of his musical and dramatic powers. The opera’s story was inspired by a familiar, even notorious, historical incident, but, as in many stage works of the time, history is used merely as a springboard from which the operatic imagination can soar. The tragic confrontation between Queen Elizabeth I of England and her sometime favorite Robert Devereux, Earl of Essex, ended with Devereux’s execution for treason.