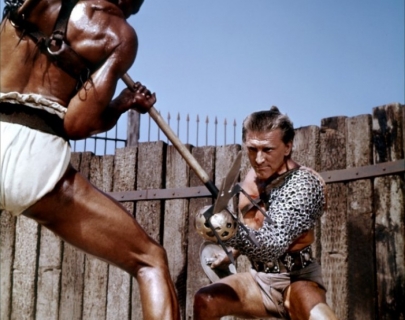 Written by Dalton Trumbo, at the time blacklisted as one of the Hollywood Ten, Spartacus tells the historical life story of the rebellious slave Spartacus who lead a violent revolt against the decadent Roman Empire.

The film was awarded four Oscars and stands today as one of the greatest classics of the Sword and Sandal genre, back now on the big screen in a new digital print.