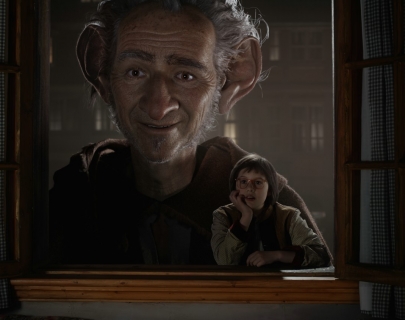 Steven Spielberg directs the captivating adaptation of Roald Dahl’s children’s classic, The BFG. Starring Mark Rylance (Bridge of Spies) as the Big Friendly Giant and introducing Ruby Barnhill as Sophie, the film follows the adventures of a young girl and the kindhearted BFG, who is considered an outcast by the other giants because, unlike them, he refuses to eat children.

Finding friendship and happiness in each other’s company, the pair set out to stop the other giants causing havoc in the human world, however they may require the assistance of the Queen first.

“A typically distinctive, eccentric and seductive star performance from Mark Rylance absolutely makes this movie what it is.” Peter Bradshaw, The Guardian

“As the creator of some of the most iconic children’s films ever made, Steven Spielberg more or less dreamt up an entire visual language for childlike wonder.” Robbie Collin, The Telegraph

Looking for The BFG inspired family activities? You can find them here. Please note: All children, including babes-in-arms, must have a ticket for admission. For performances not directly aimed at children under 2, admission is free with a valid ticket. If you would like to book a free babes-in-arms ticket, please contact the Box Office Team on 024 7652 4525