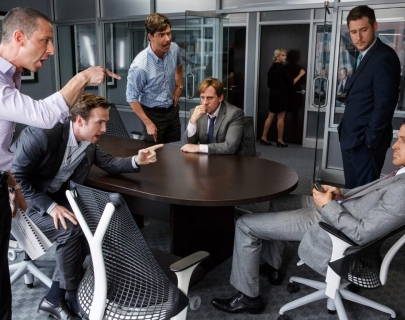 An intelligent comedy starring Ryan Gosling and Brad Pitt, The Big Short tells the story of a group of men who predicted the credit and housing bubble collapse of the mid-2000s and decided to take on the big banks for their lack of foresight and greed.

The film is based on the true story and best-selling book by Michael Lewis (Moneyball), and directed by Adam Mckay (Anchorman).