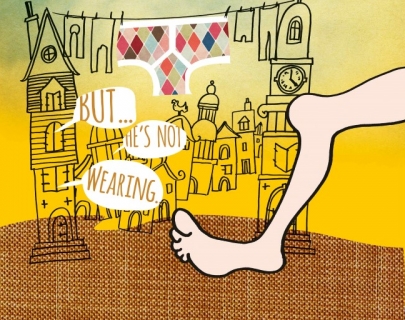 Stuff and Nonsense present a brand new romp through a classic, eccentric tale, telling the story of an Emperor who loves clothes more than anything. But despite a wardrobe the size of Paris he hasn’t got a stitch to wear!

When two ‘tailors’ promise to create him an outfit that’s “never been seen before”, our eccentric Emperor doesn’t quite realise the spectacle he is about to make.

Populated with puppets, music and song, this inventive production is told in true Stuff and Nonsense style; with unending energy, great storytelling and, as always, a show for all the family.