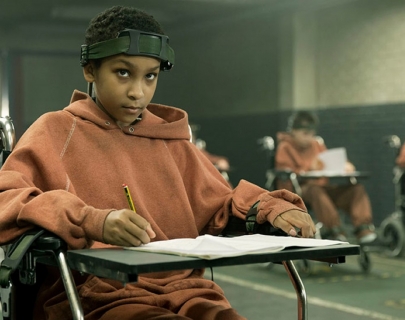 The Girl with All the Gifts marks the debut for Peaky Blinders, Sherlock and Doctor Who director Colm McCarthy, and is based on a recent novel of the same name by Mike Carey. The story is set in a dystopian future in which most of humanity is wiped out by a fungal infection. Only a few survivors live together in the Beacon, a remote military base dedicated to the study of a specific group of child ‘hungries’. These ‘hungries’, infected humans, quickly lose their mental powers and feed on the flesh of healthy humans.

The film centres on Melanie, one such child, who is kept in a cell and is full of questions about the world. With the help of a scientist and a teacher, she becomes the key to finding a cure. This is more than a zombie film, as it asks serious questions about what it is to be human.