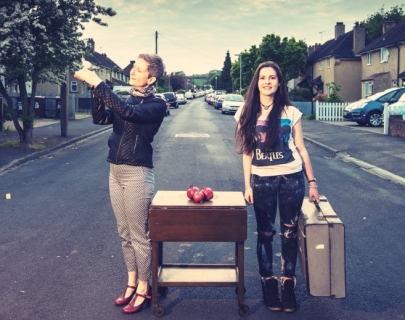 To Sarah and her daughter Lil, the future looked pretty bleak. What with climate change, austerity, zombie apocalypses – just what was there to look forward to? So in the spring of 2015, together with their production manager John, they travelled the breadth of the UK to ask other people about their vision of the future… because between us, maybe we can think of something better…

Mixing performance, film and Saturday-night style gameshow games, The Roadless Trip is a show  that promises to lift you up even when you’re  broken down.

Produced by Artsadmin and directed by Emma Bernard, The Roadless Trip is supported by the Ashden Trust, Arts Council England and Arts Council Wales.