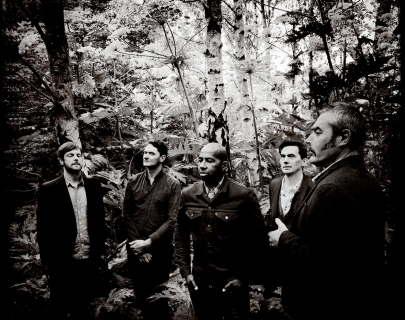 In February 2016 tindersticks will release their 10th studio album The Waiting Room. It will be their first studio album since 2012’s acclaimed The Something Rain.

Each song on the album will have a specially commissioned film to accompany it with the series produced by La Blogoteque and directed by a host of different international film directors including Christoph Girardet (Germany), Claire Denis and Pierre Vinour (France), Gabriel Sanna (Brazil) and Rosie Pedlow and Joe King.

“… the triumphant declaration of a band shape-shifting with sophistication.” ★★★★ Guardian

“A new dynamic, finding both grace and fever in their conversation” 8/10 Uncut

“The overall album is a work of art. the soundscapes are nothing short of phenomenal” 9/10 Louder Than War

“The waiting room is a rich triumph. you’ll be shocked by just how innovative and impressive they’ve become” ★★★★ Q

“_The Waiting Room_ arrives like an old friend, resuming the thread of a conversation dating back 20 years or more. The groove is slow and soulful, a handsome backing for frontman Stuart Staples’ insistent low croon.” ★★★★ Financial Times