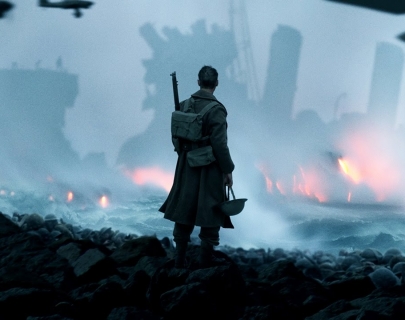 In 1940, hundreds of thousands of British and Allied troops were stranded on Dunkirk’s beaches, cut off by the Nazis’ invasion of France. Playing with time, Christopher Nolan’s highly-anticipated Dunkirk follows the efforts of Tommy (Whitehead) on the land, Farrier (Hardy) in the air and Dawson (Rylance) on the sea. With an incredible score by Hans Zimmer, this gripping survival saga places the audience at the heart of the most daring rescue mission ever attempted.

“Dunkirk thrusts you into a pressure cooker and slams the lid on.” ★★★★★ Empire