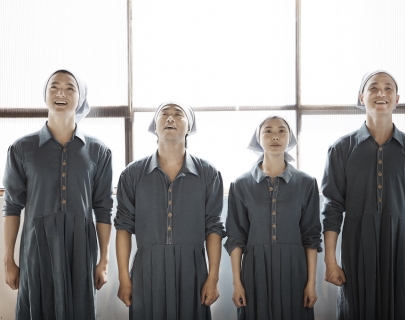 Based on a short story written by YU, Jin-oh, the original text was published serially in a daily newspaper, the Chosun Ilbo, in 1931. Combining text, movement and sound, an ensemble cast of four performers bring the words to life.

Yangson Project is a collaboration between actors Sang-kyu Son, Jo-ah Yangand, Jong-ook Yang and director Ji-hye Park. The company has toured China, Japan and France and performed at various theatres in Korea, including Doosan Art Center, Namsan Drama Center, and the National Theater of Korea.

This project forms part of a programme of activity supported by the Arts Council of England and Korea to encourage an exchange of practice, ideas and skills between the two countries with the ambition of creating long term, collaborative relationships between artists and the communities around the world.