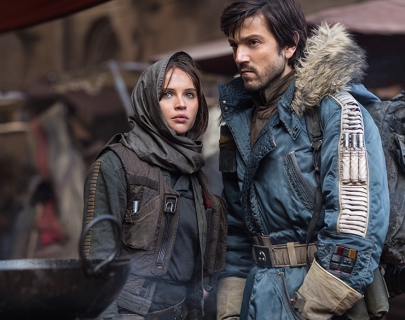 Rogue One: A Star Wars Story takes place before Star Wars: A New Hope (Episode IV). It goes into new territory as it explores the galactic struggle from a groundwar perspective. A group of Rebel spies are on a risky mission to steal plans for the Galactic Empire’s new superweapon, the Death Star, setting up the epic saga to follow.