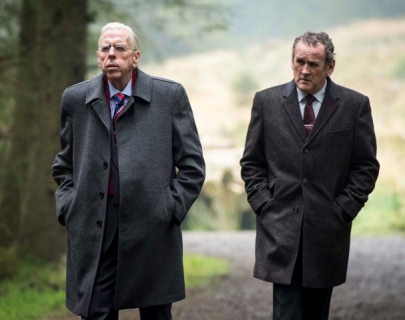 A fictional account of the talks leading to the Northern Ireland peace agreement.

Having left the British-arranged talks in St Andrews early for his wedding anniversary, DUP leader Ian Paisley (Spall) is accompanied to the airport by Sinn Féin MP Martin McGuinness (Meaney). However, they are secretly being monitored by MI5 chief (Hurt) and a nervous Tony Blair (Stephens) via their driver (Highmore).

As the implacable men attempt to communicate, they try to find some common ground for peace and take a leap of faith to change the course of history.