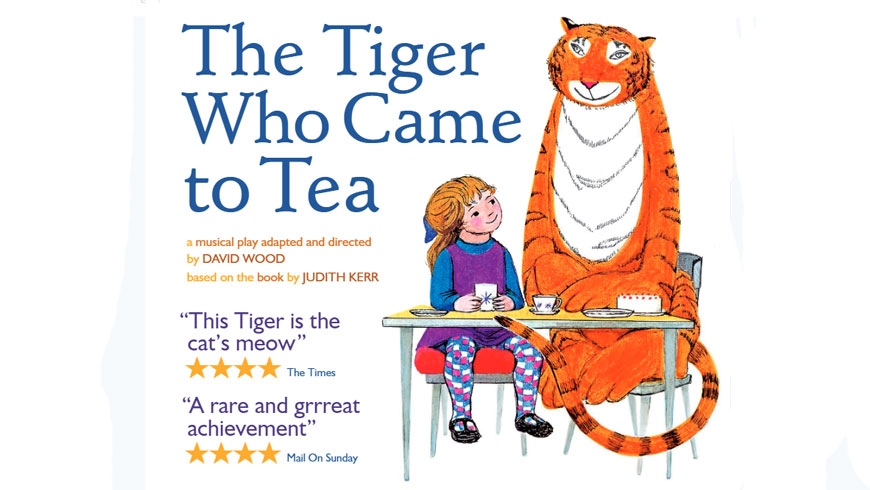 The Tiger Who Came to Tea

The doorbell rings just as Sophie and her mummy are sitting down to tea. Who could it possibly be? What they certainly don’t expect to see at the
door is a big, stripy tiger!

Following a smash-hit West End season, the tea-guzzling tiger is back on the road in this delightful family show; packed with oodles of magic, sing-a-long songs and clumsy chaos! A stunning stage adaptation of the classic tale of teatime mayhem…,expect to be surprised!

David Wood OBE is undisputedly the country’s leading writer and director of plays and musicals for children. His many successes include Fantastic Mr Fox, The Gingerbread Man, BFG, The Witches, Meg and Mog, Spot and Babe the Sheep Pig.

“A rare and grrreat achievement” ★★★★ Mail on Sunday

All children, including babes-in-arms, must have a ticket for admission to comply with licensing regulations. For all shows not directly aimed at children under 2 – Admission for under 12 months of age is free with a valid ticket, children aged 12 to 24 months are charged £3. Children aged over 2 are charged the advertised children’s price. Parents are advised to check age guidelines in advance as not all performances are suitable for children.

More about What's On