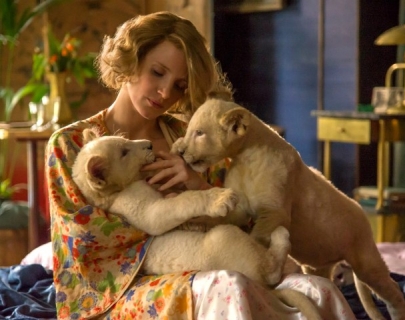 When the Nazis invade and many of their beloved animals are lost in the bombing, the zoo is put under the control of the Reich’s Lutz Heck (Brühl). Determined to fight, the couple begin acting for the Resistance, smuggling Jews out of the Warsaw Ghetto and hiding them in the zoo.

Based on the book by Diane Ackerman, this the moving true story of a brave woman who became a hero to hundreds during World War II.