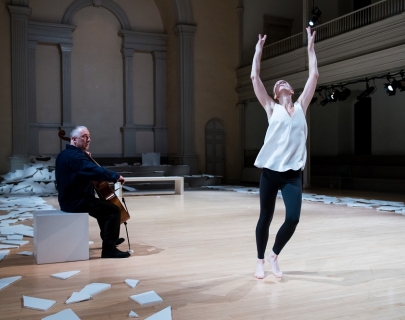 Jean Butler’s new duet, created and performed with Belfast based cellist Neil Martin, further unearths her roots by exposing the often-invisible interplay between dancer and musician in live performance. The piece reveals a dialogue between music and movement, and ultimately, between a man and a woman.

“Butler and Martin engage in an intense, affectionate, sometimes flirtatious musical conversation. Butler is an extraordinary dancer…” The New Yorker