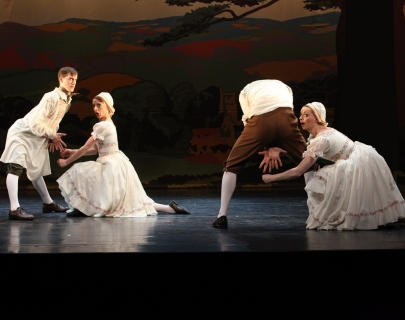 New Adventures has notched up numerous international awards and a staggering 10 Olivier Award nominations. The Company won the Stef Stefanou Outstanding Company Award at the National Dance Awards 2015. Over the past 30 years New Adventures has created 11 full-length productions and a triple-bill of short works. This award-winning repertoire has inspired and thrilled over 4.5 million people worldwide.

Investing in the future of dance and theatre, Re:Bourne, the charitable arm of New Adventures, was formed in 2008. Every year Re:Bourne engages in inclusive projects with thousands of people of all ages and ability, as well as emerging artists across the UK and around the world. In 2010, the New Adventures Choreographer Award was launched to support and encourage the next generation of dance-makers.