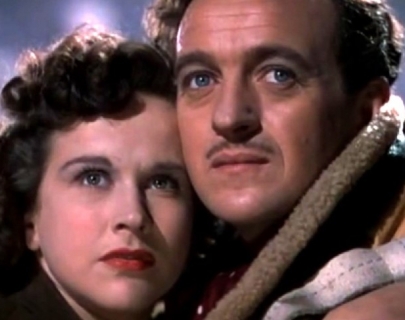 Following a raid, World War II pilot Peter Carter’s (Niven) Lancaster is heavily damaged as he tries to return home. With no parachute, Carter is forced to bail out but miraculously survives and is found by American radio operator, June (Hunter). However, he was supposed to die and, unwilling to let him live just because he has fallen in love, the custodians of the afterlife demand a celestial trial. Painstakingly restored over 70 years after its release,Powell and Pressburger’s classic has never looked so glorious.