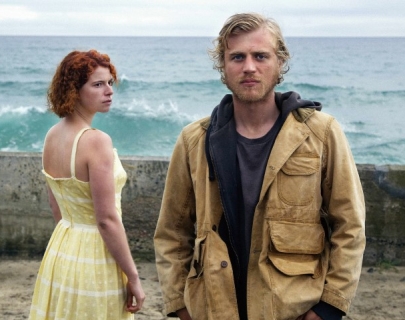 Following a traumatically violent event in her teens, 27-year-old Moll (Buckley) lives as something of an outsider in her small island community, where she still lives with her parents. When she falls for the mysterious yet handsome Pascal (Flynn), she is empowered to escape her oppressive life and claw back her freedom. However, as the corpse of the fourth young woman murdered on the island is discovered, Pascal’s unnerving energy is met with paranoia, but Moll is determined to defend him, whatever the cost, in this slick and cunning thriller.