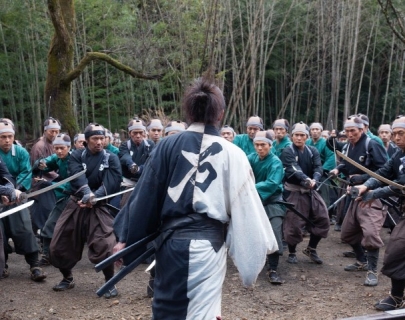 Famously prolific and controversial director Takashi Miike returns with his brilliantly choreographed, outlandishly violent 100th film.
Based on the manga series by Hiroaki Samura, it follows Shogunate era samurai Manji (Kimura) who is given eternal life by a witch. Haunted by the memory of his sister, Manji sees an opportunity for vengeance when he meets a young girl (Sugisaki) orphaned by a team of master swordsmen and hunts them down one by one.