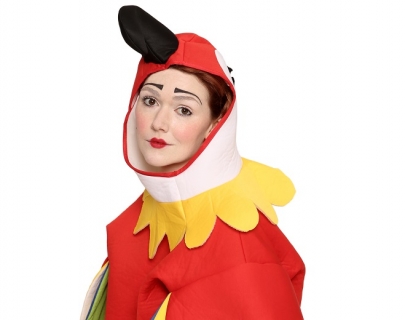 The giraffe-limbed clown and raconteur is delighted to present her Edinburgh Comedy Award nominated show: a one woman production of Swan Lake. In an hour. (Yes, really). Matthew Bourne would be proud. Think big. Think weird. It’s going to be fun. And sexy. Yeah, let’s throw that word in there too.

‘Clowning at its most accessible, and just amazing.’ ★★★★★ Three Weeks
‘The funniest thing you’ll see.’ ★★★★★ Voice Mag
‘Elf Lyons has more creativity in her first five minutes than half the other comics here have in their entire show.’ Scotsman
‘A fast-talking, smart-thinking stand-up for whom the adjective “kooky” could have been invented for.’ Guardian