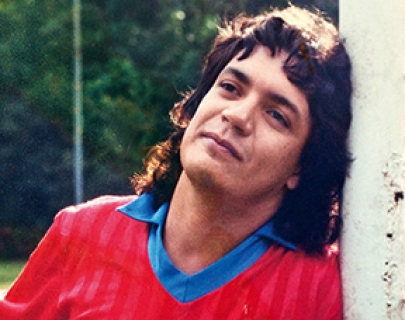 This fascinating documentary from British filmmaker Louis Myles tells the incomprehensible story of Carlos Henrique Raposo, known to all as Kaiser. Growing up with one dream, to escape poverty by becoming a professional footballer but lacking the talent to do so by conventional means, he constructed an elaborate alternative reality that enabled him to join the world’s most iconic clubs.