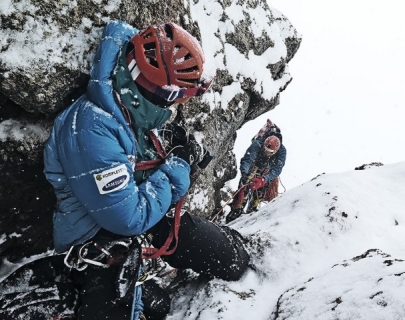 Based on his best-selling autobiography of the same name, Psycho Vertical is a raw and emotive study of the complex life and motivations of British writer, funny-man and unlikely hero-mountaineer, Andy Kirkpatrick, woven into an 18-day solo ascent of El Capitan, Yosemite. Winner of Best Climbing Film at the Banff Mountain Film Festival 2017, the documentary is accompanied by short film The Bothy Project, which follows four female artists to a remote Scottish bothy to untangle their need for outdoor space.