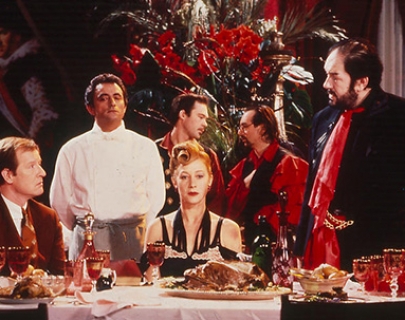 When crass and churlish mobster Albert Spica (Gambon) acquires an upscale French restaurant in London, he dines there nightly, scaring off the clientele with his bad manners. His wife, Georgina (Mirren), is especially disgusted by him, and soon begins an affair with another restaurant guest, Michael (Howard). However, despite their efforts to keep it a secret, Spica finds out about their trysts and he plans to exact a terrible revenge in this classic tale of greed and gluttony.

“A work so intelligent and powerful that it evokes our best emotions and least civil impulses… It expands the boundaries of film itself.” New York Times