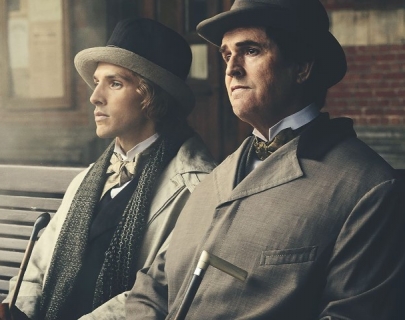 Rupert Everett transforms himself into Oscar Wilde in The Happy Prince, the untold story of the last days of his life.

Wilde ended his days lost in a miasma of bankruptcy, public infamy and agony, never returning to Britain after his release from Reading Gaol for ‘gross indecency’, instead exiled to the continent. Everett’s directorial debut is a deeply felt, tremendously acted tribute to courage that tracks Wilde’s brief, yet tempestuous, reunion with Bosie (Morgan) and his final demise in Naples and Paris.

“A deeply felt, tremendously acted tribute to courage” ★★★★ The Guardian