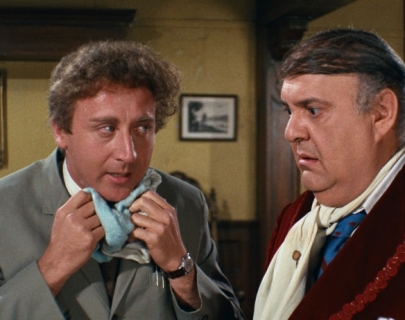 When down and out Broadway producer Max Bialystock (Mostel) meets accountant Leo Bloom (Wilder), he hatches a scheme to produce a musical flop, allowing him to pocket the contributions made by his investors – a gaggle of wealthy old ladies. Remastered for this special reissue to celebrate the film’s 50th anniversary, Mostel and Wilder shine in Mel Brooks’ golden era classic as the unlikely duo taking their new venture, Springtime for Hitler, to Broadway.