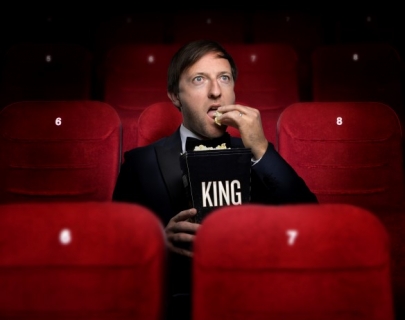 With Showtime, Andrew Maxwell continued his long run of domination of the Edinburgh Fringe. A memorable cocktail of personal stories, astute political observations and the odd surprise foray into character cameos, it won yet another barrage of five star reviews for one of the festival’s most universally acclaimed acts. Now, it’s ‘showtime’ for the rest of the country.

Andrew is known for his eagle-eyed, passionate current-affairs comedy, showcased in his many appearances on BBC Radio 4 (News Quiz, Welcome To Wherever You Are, Public Enemies). He’s been seen on – among others – Live at the Apollo (BBC One), Have I Got News for You (BBC One), Celebrity Juice (ITV2) and Mock the Week (BBC Two); and to a whole new generation he is the devilish voice of MTV’s Ex On The Beach.