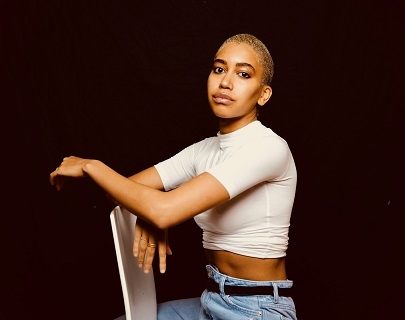 Please note that this event will now take place in the Studio and will be general admission. Tickets that have already been purchased are still valid. Any existing ticket holders will be contacted by Box Office as soon as possible.

Catch a glimpse of emerging jazz vocalist Judi Jackson following the release of her debut live album, Live in London. Having already shared the stage with countless world-class talents, including award winning jazz and funk collective Snarky Puppy, Jackson has quickly made a name as a rising star within the soul and jazz world.

Commissioned by Warwick Arts Centre, grime artist and poet Debris Stevenson will play an opening set, which responds to the festival’s themes. Stevenson has performed everywhere from BBC Radio 3’s The Verb to London’s Roundhouse and starred in her debut grime-musical, Poet in da Corner, which premiered at London’s Royal Court Theatre and returns there for a six-week run in the main house at the end of this year.

Debris Stevenson – dyslexic writer, Grime poet, working-class academic, pansexual ex-Mormon and Bashment dancing social activist from the seam between East London and Essex: Debris has no choice but to explore the intersectional, unexpected and unjust! Debris is joined by Amy Fitz Doyley, a “one woman musical army” who uses an intuitive approach to music making, experimenting with a variety of different instruments and sounds, and Dizraeli – poet, singer, MC, multi-instrumentalist… Dizraeli is a genre all of his own. Having won the BBC Poetry Slam Championship and led the groundbreaking band Dizraeli & The Small Gods to underground success, he has built himself a cult following around the world.