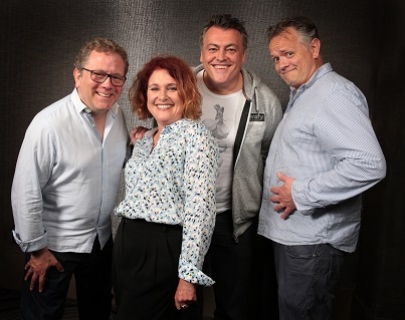 Step into the world of one of the most influential and critically acclaimed radio shows of the last 20 years, when Dead Ringers Live comes to Coventry.

This is the very first time this legendary BBC Radio 4 programme has been taken out of the studio and performed live on tour and promises to be a hilarious evening. In the current political climate, there’s never been a better time to bring this unique show to the stage.

Dead Ringers has seen some of the biggest names on comedy come through its ranks since it was created by comedy polymath Bill Dare, producer of Spitting Image. First aired on BBC Radio 4 in January 2000, it has poked fun at the great, the good and the ridiculous without censor.

Dead Ringers Live will be a mixture of classics such as ‘Disney Takes Over The Today Show’ and the unique Dead Ringers take on The Archers, combined with new sketches written on the move as major events evolve on the day.

Dead Ringers Live promises to make audiences laugh – and cry – at the state of domestic and international political life in 2020.

“Gorgeously funny live debut. It’s a joy. The performances are so precise and the sense of communal pleasure in them so palpable that the pictures end up better than they are on the radio” ★★★★ The Times

“If you want mischievous humour and impressions that will make you think the likes of Theresa May and Donald Trump have just stepped onstage then catch BBC’s Dead Ringers team in this grand theatrical setting.” Evening Standard