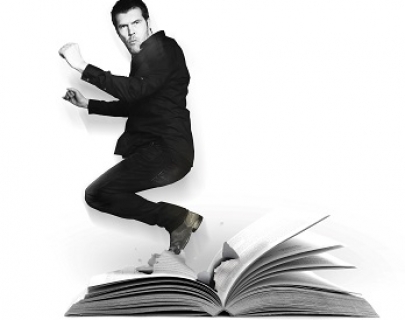 It has been a while, but the multi-award-winning Welsh comedian is back, with a brand new live show. In a seven-year break from stand-up, a lot has happened to Rhod. Almost all of it s**t.

And just when he thought he’d hit rock bottom, he met a bloke…called John.

This show sees Rhod as funny as ever, but like never before. Raw, personal and brutally honest; no more lies, no more nonsense.

As seen on Rhod Gilbert’s Work Experience, Would I Lie to You?, Taskmaster, Qi, Live at The Apollo, Have I Got News for You?, and much more.

“Darkly hilarious. Gilbert’s most satisfying show for a decade. It’s good to have him back” Times

“Back at his acerbic, witty best. So utterly confident on stage. Hilarious from start to finish. Welcome back Rhod Gilbert, just don’t stay away so long next time.” ★★★★★ Wales Online

This event was due to take place on Fri 21 May 2021, but was rescheduled due to government guidance.