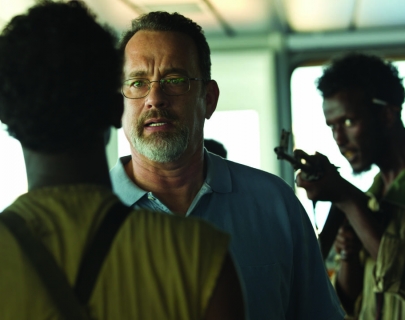 Director Paul Greengrass (The Bourne Ultimatum) delivers a high-octane thriller based on the true story of an American container ship captured by Somali pirates.

Tom Hanks is the eponymous captain on the ship, who comes face to face with Muse, the leader of the pirates and is soon engaged in a battle of wits. The balance of power shifts when Navy Seals are drafted in to resolve the situation. Realising that he is out of his depth, Muse takes Phillips hostage and forces him onto a lifeboat, pushing the situation out into open water.