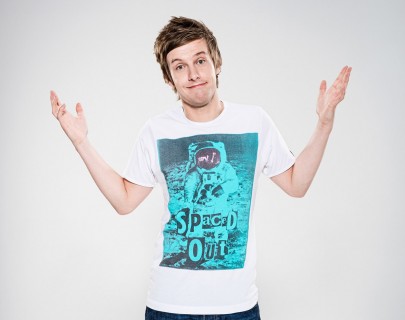 After being “sent off” the Soccer AM sofa last year for misbehaving, Chris wonders whether he really is the Most Dangerous Man on Saturday Morning TV – not to mention, whether he wants to be.

Fresh from a complete sell-out, twice extended 2012 tour, multiple appearances on Celebrity Juice and 8 Out of 10 Cats, and a starring role in BBC Two’s Hebburn, Chris embarks on a brand new tour for 2013/2014. Taking his brush with on air censorship as a jumping off point to muse on life, mistakes, expectation and offense, he examines what happens when you say the wrong thing in the wrong place at the wrong time.

A mainstream hit, a cult favourite or almost anything in between.

Frighteningly talented. . .tearing up every stage he lands on.