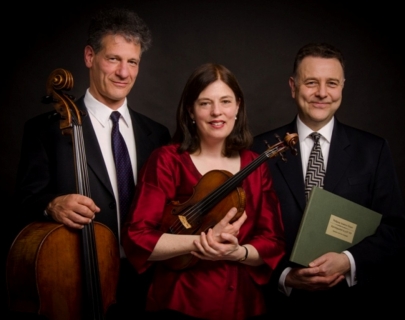 There may be only three players in a piano trio: but this is the music of Ludwig van Beethoven, and it’s anything but small-scale. Beethoven’s Archduke Trio is the trio by which all others are measured: as epic as the Emperor concerto, as tender as the Moonlight Sonata and as dramatic as the Eroica symphony.

The so-called Ghost Trio, meanwhile, opens a gateway into a truly otherworldly realm of emotion. The English Piano Trio have been playing this music together for a quarter of a century, so it’s no surprise they’ve chosen to devote an entire concert to some of the greatest music ever penned for a violin, a cello and a piano. Discover a masterpiece tonight.