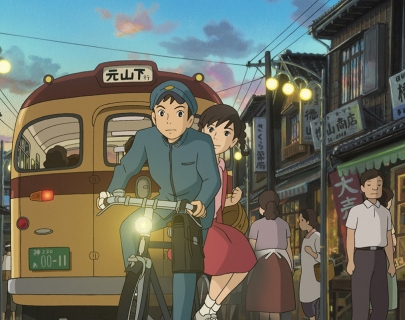 A charming and tender story of teenage love, directed by Goro Miyazaki, the son of Hayao Miyazaki.

Set in Yokohama in 1963, the film follows Umi, a young girl who looks after her grandmother, her little sister and a group of female boarders in the large former hospital they live in at the top of Poppy Hill. Against a backdrop of a country recovering from World War II and preparing for the 1964 Tokyo Olympics, Umi falls in love with Shun, a boy who’s trying to save his clubhouse from demolition.

Our screening of this Japanese animation is voiced by an English cast.