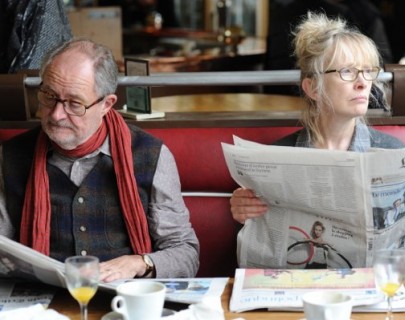 Director of Notting Hill and Hyde Park on Hudson, Roger Michell decamps to Paris for his latest film. Le Week-end tells the story of long-married British couple Nick and Meg (played by Jim Broadbent and Lindsay Duncan) who revisit Paris for the first time since their honeymoon in an attempt to revitalise their marriage. While there they run into an old academic friend of Nick’s, Morgan (Goldblum) and the encounter prompts the couple to re-imagine what life and marriage could be like.

This film is the latest collaboration between Michell and writer Hanif Kureishi, following on from The Mother and Venus, which starred Peter O’Toole.