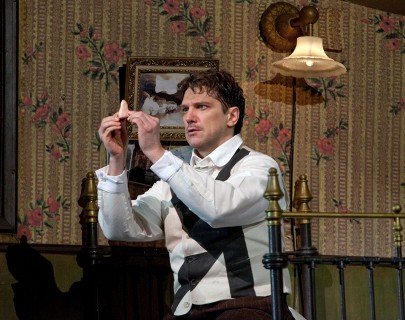 William Kentridge stormed the Met with his inventive production of Shostakovich’s opera, which dazzled opera and art lovers alike in its inaugural run in 2010. Now Paulo Szot reprises his acclaimed performance of a bureaucrat, whose satirical misadventures in search of his missing nose are based on Gogol’s comic story. Valery Gergiev conducts.

The Nose is a co-production of the Metropolitan Opera; the Festival d’Aix en Provence; and the Opéra National de Lyon.

The Nose is part of the Met Opera Live series, beamed live and direct from New York to our screens at Warwick Arts Centre.