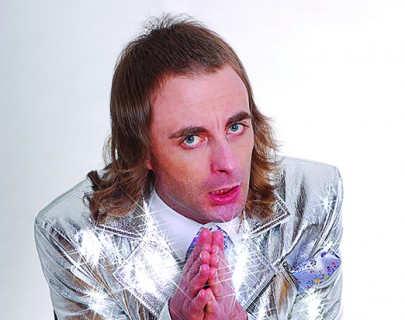 Paul Foot‘s recent shows and tours have garnered a string of 5 star reviews and successive Barry Nominations at the Melbourne Comedy Festival. Described by Chortle as “Inspired, surreal and incomprehensibly funny”, he is a true original, challenging comedic convention at every turn and delighting his connoisseurs. A BBC New Comedy Award and Daily Telegraph Open Mic winner.

It’s baffling to me that Paul is not a household name in this country. His routines are like jazz clusters, loose hammocks, choked to the brim with jokes and ideas.

Utterly twisted alternative comedy unlike anything else you are likely to see.”