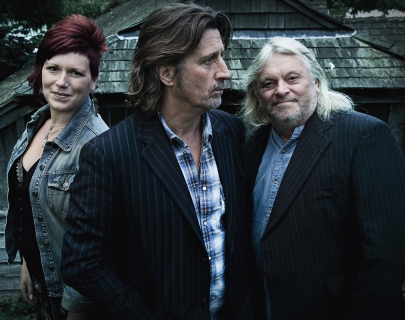 If you haven’t heard of Show of Hands by now, where have you been?! Celebrating a 21-year musical partnership, singer songwriter Steve Knightley and multi-instrumentalist Phil Beer have sold out the Royal Albert Hall four times and are triple winners at the BBC Radio 2 Folk Awards (Best Duo, Best Original Song, Best Live Act). Joined by musical chameleon Miranda Sykes on double bass they have become one of the acoustic roots scene’s major players, widely recognised for their resonating original songs, slick musicianship and audience rapport.

The genre-defying band will stop off at Warwick Arts Centre this November for the “Hand in Hand” tour, and for the first time ever Steve, Phil and Miranda will be their own support act – performing three songs apiece in the opening set to showcase their myriad individual talents, before joining forces for the unique Show of Hands experience after the interval.