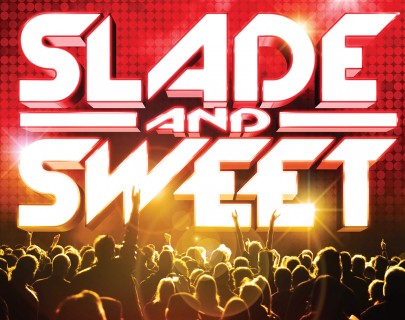 Throughout the seventies, Slade became one of Europe’s biggest bands, touring and recording continuously, producing a catalogue of hits that became synonymous with the era and providing a soundtrack to the glam generation. Slade today are still one of the most exciting live bands on the road, their stage performance is a dynamic, powerful and exhilarating roller-coaster ride of pure unadulterated rock ‘n’ roll.

Sweet are a national treasure and a rock music phenomena who have taken every continent by storm for more than four decades. The quintessential glam rock band, who brought androgynous looks and crunching guitar pop to the masses, have spent over three years in the UK charts alone. They have sold over 55 million records worldwide, and, including their no.1 hit “Blockbuster”, have had 34 number 1 hits worldwide and still play to sell out audiences throughout the world.