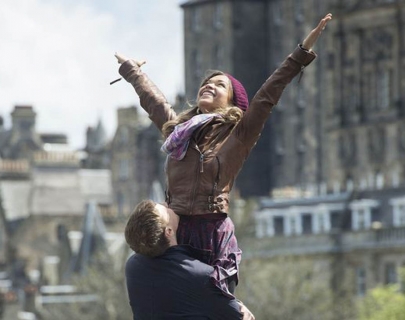 Sunshine on Leith is the polar opposite to this season’s other Edinburgh-set film, Filth – Scotland’s capital has never seemed as warm and welcoming as it does in this musical, featuring tunes from The Proclaimers. Director Dexter Fletcher (Wild Bill) assembles a cast of young unknown actors who deliver engaging and enthusiastic performances, with nuanced musical performances from the more established names, which include Peter Mullan and Jane Horrocks.

Davy and Ally are young squaddies, returning home to Edinburgh after a tour in Afghanistan. Now matters of the heart are their main concerns as they readjust to civilian life. An uplifting look at life through song.

“Leaves you with cask-strength, capillary-reddening tingles of happiness that run to the very tip of your nose.” ★★★★ The Telegraph

“Like every good musical should, it leaves you elated.” ★★★★ Total Film