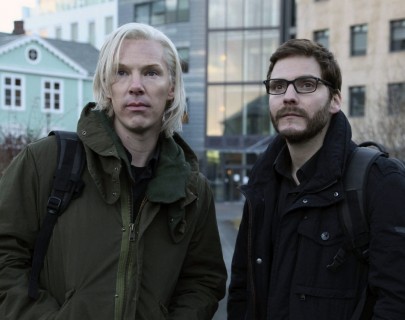 Benedict Cumberbatch inhabits the pallid complexion and white-blonde hair of WikiLeaks founder Julian Assange, to portray his humble hacker beginnings and his remarkable rise to power.

This period in Assange’s life is viewed through his relationship with Daniel Domscheit-Berg (Brühl), his closest collaborator in the early days of WikiLeaks; a relationship that soon turned sour as Berg accused Assange of an obsession with money and power. A strong American cast including Laura Linney and Stanley Tucci represent the other side of the story, as the government personnel desperately scrabbling to prevent further US secrets being leaked.

After the 6.15pm screening of The Fifth Estate on Wed 30 Oct, there’ll be a post-screening discussion with Julia Condon Jones, a University of Warwick Film Studies lecturer. Everyone is welcome to stay on and discuss any of the issues raised by the film.