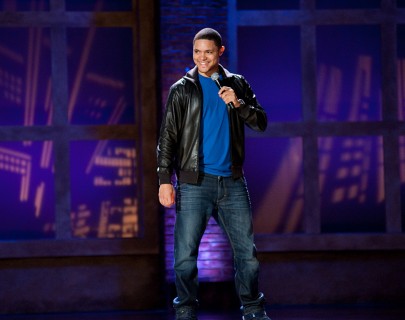 Trevor has been performing for a little over five years but his explosion onto the South African entertainment scene has been nothing short of meteoric, taking on TV, radio and his first love, stand up comedy, which he has performed on both local and international stages including the UK and US. His sharp wit, intelligent commentary, unmistakable charm and clinical delivery have established him as an extremely popular performer with undoubted world-class potential.

Noah is an immensely likeable performer – warm, upbeat, with and inquiring, irreverent approach to other people’s prejudices…we can expect to see a lot more of him over here.