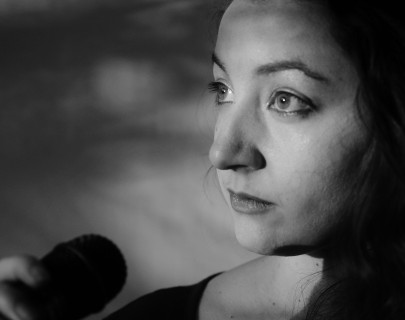 Songs and stories inspired by the golden age of Jazz and based on the long life of “the Girl on the Ledge”, fictional singing star Maria Lynwood, whose career spanned the 20th century.

The show is performed and co-written by talented young actress and singer Amy Kakoura, who is making a name for herself both as an actor and a featured vocalist; having recently performed and recorded with concert guitarist Richard Durrant and folk legend Gordon Giltrap; as well performing regularly with her own bands, The Brownstone Leapers and the Meta Four, and working regularly as a session and voiceover artist. She is backed by Andrew Sharpe (Steamchicken, Jazz Roots, the Society) and a full band.