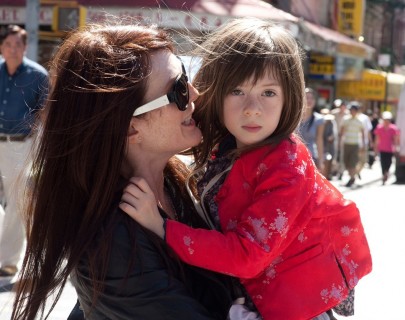 Based on Henry James’ novel, What Maisie Knew is a touching drama about a custody battle as seen through the eyes of a couple’s six year old daughter. Featuring a mesmerising central performance from newcomer Onata Aprile as Maisie, the film also stars Julianne Moore as her ageing rock-star mother and Steve Coogan as her art dealer father.

As her parents attempt to restructure their new lives in the wake of divorce, new partners appear, in the shape of Maisie’s former nanny Margot and her mother’s new lover Lincoln (Skarsgård). Maisie’s relationships with the four adults in her life becomes more confused as new roles and responsibilities develop for each of them. An intriguing drama that gets to the heart of how adult issues impact on a child’s world.

Handsomely shot and stopping just short of cloying sentiment, this is an accomplished, engaging work.