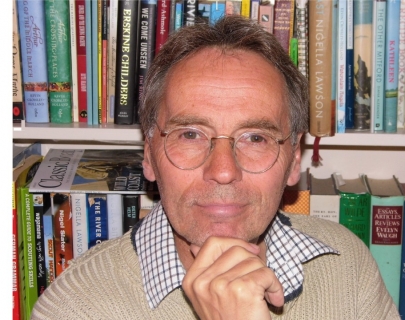 In a mountain resort in the Bavarian Alps, Hitler built his Alpine headquarters – his ‘Eagle’s Nest’. It was here that he conceived and directed the war, as the surrounding territory fell to Fascism. The Alps as much as Berlin were the heart of the Third Reich: skiing resorts were turned into training centres for mountain warfare, Switzerland prepared to be invaded, and concentration camps were seeded in the alpine valleys. But the Alps were also cradles of resistance, home to US and British spies and double agents, to the French maquis and the Italian and Yugoslav partisans. There were tales of courage, heroism and self-sacrifice, of armed struggle and ordinary people doing extraordinary things. Storming the Eagle’s Nest brings together these stories and more into the definitive account of this crucial arena of the Second World War.


Jim Ring is the author of books including Erskine Childers (1996) which won the Marsh Prize for biography, How the English Made the Alps (2000), and a collective biography of Britain’s leading Cold War submariners, We Come Unseen (2001), which won the Mountbatten Prize.