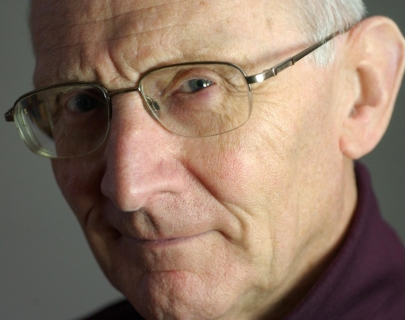 In this warm and funny memoir, John Carey describes the events that formed him – an escape from the London blitz to an idyllic rural village, army service in Egypt, an open scholarship to Oxford and an academic career that saw him elected, age 40, to Oxford’s oldest English Literature professorship. Books formed the backbone of his life – from Biggles in his boyhood home in the Midlands to G. K. Chesterton in his West London grammar school to his rigorous scholarship on Milton in Oxford. He writes about the rewards of his forty-year career as the Sunday Times lead book reviewer and his inspiring meetings with writers and poets: Auden, Graves, Larkin, Heaney. This is a book about the joys of reading – in effect, an informal introduction to the great works of English literature. But it is also about war and family, and how an unexpected background can give you the insight and the courage to say the unexpected thing.


John Carey is an Emeritus Professor at Oxford University and a Fellow of the British Academy. His books include The Intellectuals and the Masses: Pride and Prejudice among the Literary Intelligentsia, 1880-1939 (1992), What Good Are the Arts? (2005), and studies of Donne, Dickens, Thackeray and Golding.